"Agnihotra" we have a wonder weapon (Against pollution) in our hands.”

"Agnihotra" we have a wonder weapon (Against pollution) in our hands.” 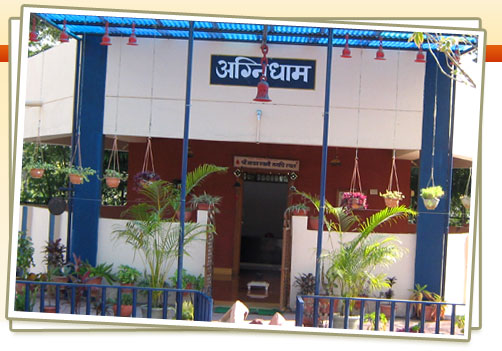 Agnihotra is a Yagnya to be performed throughout your life, everyday regularly at sunrise and sunset. All other Yagnyas are time bound and are performed for achieving a certain purpose.  Not so with Agnihotra which is to be performed every morning and evening without a break all through your life. It becomes part of your life or rather life  becomes purposeful and meaningful because of it.

Agnihotra is a very simple and easy method to conquer the evils of pollution. Agnihotra purifies the atmosphere. The purification of the atmosphere purifies the Prana, the life energy, and thus Prana purifies the mind. For a happy living, purified mind is a necessity. Anybody who has the will and desire to lead life successfully and in a disciplined way, can adopt this practice of Agnihotra immediately.

An Officer of 25 years age who has been a polydrug abuser in the past was selected for the study. He was addicted to Heroin for 2 years, other drugs included Alcohol, Cocaine,Cannabis and smoking. His dosage schedule of heroin had already reached 3 grams a day.

He had underwent de-addition programme twice in the past with no benefit and had become demotivated and resistant. When treating psychiatrists were totally exhausted of all their efforts to break his resistance and improve motivation, he was introduced to Agnihotra. After 3 days he developed inclination for it and voluntarily joined the group Agnihotra. By the 7th day he took up to perform it himself. To roughly quantify and compare the improvement a rating scale was developed.It had subjective as well as objective scoring, which was observed and charted. The practice of Agnihotra resulted in improving his motivation to abstain from Smack and decrease his urge for it. Improved motivation further suppressed the urge and broke his resistance, in insidious but progressive manner, in 4 weeks of Agnihotra practice. It reinforced his voluntary efforts to abstain from drugs and thus enhance motivation and reduce psychological dependence. He was further followed up for 15 months. After close scrutiny it was confirmed that there was no recurrence. All the psycho-therapeutic advances fall short in deaddicting a demotivated addict. Agnihotra is a new hope in this field. 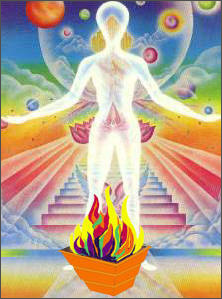 (Again a study was conducted by Lt. Col. G. R. Golechha at Military Hospital, Kirkee. His paper titled ‘Agnihotra in the treatment of Alcoholism’ was presented by him at the 41st Annual Conference of Indian Psychiatric Association held at Cuttack in January, 1989)

‘Agnihotra is a Vedic ritual of litting fire in a copper pyramid pot with use of mantra at sunrise and sunset time. It is found to have neurophysiological effect on human body and brain. Computerised EEG studies has shown delta wave suppression and alpha wave activation in frontal leads during Agnihotra.

Clinically it produces mental tranquility  and reported to have useful adjunct effect on deaddiction. In our present study effect of Agnihotra was studied on 18 cases of Alcoholism. It is found that it leads to total abstinance without other restrain after two weeks of continuous Agnihotra practice. An obsessive compliance to perform Agnihotra develops. After discontinuing its effects last for another few weeks. On stopping Agnihotra relapses may develop after 2 weeks onward in small percentage of cases. Nevertheless, it appears to be an useful adjunct in treatment of alcoholism, if performed regularly.

In his study Dr. Selvamurthy has observed neuro-physiological effects of Agnihotra mantra i.e. two mantras at sunset time. Eight healthy men were chosen for study. They reported at 16.00 hours on two consecutive days. First day for control recording when ritual mimicking Agnihotra was performed. Instead of mantras some irrelavent syllables of the duration of Agnihotra mantras were uttered. Next day evening Agnihotra was performed. Recording of physiological parameteres viz. Heart rate, ECG lead-II, blood pressure recorded. He has observed that heart rate showed a trend of decline during Agnihotra as compared to control. Skin temperature was raised by 1°C  during Agnihotra whereas control did not show such change. GSR remained significantly higher during Agnihotra as compared to control session. ECG showed DC shift in base like some extraneous electrical interference like response only during exact period of sunset Agnihotra. EEG showed constant changes. Power in Alpha band increased while there was tendency of suppression in Delta power. The CSA showed trend of leftward shift in Alpha power with build up power in Alpha and Theta bands persisting for more than 15 minutes in all montages. The power Spectral analysis showed consistent augmentation of power in all four bands during Agnihotra suggesting an occurance of Cerebral Cortical Synchronisation . Mental tranquility observed could be attributed  to rise in Alpha power by 20% during performance. Thus Agnihotra atmosphere has beneficial effect in the form of mental tranquility.

Dr. A.G. Mondkar, Practising Microbiologist from Bombay has conducted experiments to study the effect of Agnihotra atmosphere on bacterial population. Two rooms of identical dimensions were selected and Basal reading of microbial colony count was done in both these rooms after exposure of agar plates for 10 minutes.

In one room Agnihotra was performed and in the Control room control fire was produced with same material, medias were exposed for 2 hours after Agnihotra. In his interesting experiment Dr. Mondkar has observed that microbial count where Agnihotra was performed revealed 91.4%  reduction in colony count and the control did not show appreciable change. He has concluded that it is not a mere fumigation effect but much more than that.

Agnihotra ash also controls the growth of pathogenic microflora. Wg.Cdr. D.V.K.Rao, Classified Specialist, Pathology, Defence Institute of Physiology and Allied Sciences, Delhi has studied anti-bacterial  and wound healing effect of Agnihotra Ash. Antibiotic Sensitivity test was done on various pathogenic bacteria. It was observed the activity in all the cases was bacteriostatic.

Wg.Cdr. D.V.K.Rao also studied the wound healing effect of Agnihotra ash on two Albino rats. He observed that rate of wound contraction was better with Agnihotra ash applied wound and Histopathological examination of scar tissue showed near normal histology in case of lesion applied with Agnihotra  ash as compared to increased fibrous tissue in control lesion. 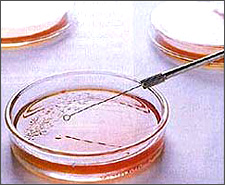 Particularly effective results with respect to elimination or reduction in Radio activity were achieved through Agnihotra fire and ash. This observation is made after using PSI skills. A paper by L.Matela, Antoninkowska, Poland states that every couple of hours radio activity in atmosphere and drinking water was measured by radiasthetics in Bialystok, Poland. Two weeks later these measurements were compared with official data of International Atomic Energy Agency and they concurred with each other to a great extent. The author of this report has further tested the effectiveness of Agnihotra under conditions of higher gamma doses output. The soil radio activity was reduced by sprinkling it with water solution of Agnihotra Ash.

s stated earlier there are many prominent researchers engaged in finding out more and more valuable information about Agnihotra. They will come out soon with amazing findings. However the effort on their part should be considered as something like stumbling on a hidden treasure because the abundant richness of the treasure is a reality yet unknown to them. Agnihotra is the gift of the Supreme Being to mankind and therefore, complete and all powerful. As already confessed by an Egyptian Scientist ‘there is some force that defies the laws of science at work in the ‘pyr’ – ‘amid’. The scientist will know.

Get Do Help Teams Request

Become volunteer of Get Do Help or help us by Donate small amount of money to explore our services more and more worldwide to help more and more needy and poor people. If you are a business man and dont want to donate then place your ads at our portal (Advertise with us) for very reliable price and help indirectly to needy and poor people worldwide.