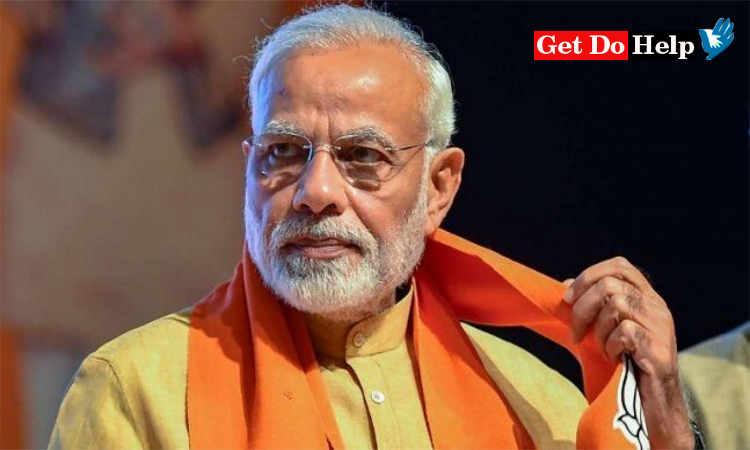 India’s biggest festival Lok Sabha Election 2019 is over now. Everyone was asking who will be our next PM, who will be the biggest party and who will be the change maker. Exit Poll also came and all the Exit Poll are indicating that BJP will come again with full majority. This is a good news that country will get a full majority government otherwise we were surviving on hang assembly.

With origin in the Bharatiya Jana Sangh, the 39-year-old Bharatiya Janata Party (BJP) is now India's largest political party in terms of representation in the Lok Sabha. In the 2014 general elections, BJP won 282 seats, forming government along with its allies in the National Democratic Alliance (NDA) for the next 5 years. The party, which boasts of having the largest political workforce in the world in terms of primary membership, is currently headed by Amit Shah as president. As per Exit Poll, in 2019 also BJP is the largest single political party and Mr Narendra Modi will be the Prime Minister of India.

Now the entire country is curious to know that “what Narendra Modi will do in his second innings.” Even opposition parties also very curious to know because they all are very scared that again Modi and his team will reach to the end person to provide basic needs. His mission is, “ना खाऊंगा और ना खाने दूंगा” “na khaunga na khane dunga” means neither I will indulge in corruption nor any one else allow to indulge in it.

As per media report, before election Narendra Modi already asked PMO, Niti Aayog (नीती आयोग) and Principal Scientific Adviser officials to prepare the agenda for the first 100 days of the next government. Among other things, the agenda would focus on double-digit GDP growth in the next five years.

We will discuss in some important points.

Cleanliness: Swachh Bharat Mission is Modi’s top most priority. This agenda will continue and it should be. India is a historic country with full of custom and spirituals. Lot of tourists are coming in India from around the world and cleanliness is good for our society also. Government of India will try to increase India’s share in global international tourist arrivals from 1.2% to 3%. Modi’s agenda is cleanliness of river also which will also continue.

Transport: Transport is vein of every country either it is Road, Railway, Air or Water Transport. Road, Airports and ports infrastructure will also be in his priority. A senior Niti Aayog official told that the plan to create a network of hotels along with airports so that international tourists have better access to India's historical heritage is already ready. Modi’s mission is to doubling the share of freight transported by coastal shipping and inland waterway, double the length of National Highway and setting up independent regulator for the Indian Railway.

Economy: Modi and his team will more focus on Tourism, MSME, Mining, Power and Energy. They will focus on inflation and GDP also. India moved up by 23 places in the World Bank’s Ease of Doing Business Index 2018 and got 77th rank. This is attributed to 6 reforms this year- starting a business, getting electricity, construction permits, getting credit, paying taxes and trading across borders. The maximum improvement was of 129 places in construction permits to reach 52nd rank in 2018 as compared to 181st in 2017. Modi Government aim is an average economic growth rate of about 8% during 2018-23. This will raise the economy’s size in real terms from $2.7 trillion in 2017-18 to nearly $4 trillion by 2022-23

Agriculture: This would be also the top most priority of Modi Government. India is struggling with water shortage. There are lot of areas where there is no water for drinking so it is very difficult for animals and crops. Farmer’s suicide rate is also increasing. Although last Modi Government tried to help to farmers through Direct Benefit Transfer (DBT) but it was not sufficient. In this tenure, Modi Government will launch pension scheme and Insurance scheme for farmers. Government will promote chemical-free organic farming in an additional 20 lakh hectare of hilly, tribal and rainfed areas in next 5 years.

Water: Drinking water and interlinking of rivers is also the topmost priority of BJP Government. In Madhya Pradesh's Khargone on May 17th, Modi said, "Fifty years ago, Ram Manohar Lohia told that the most important issues facing women were water and sanitation.” He added that after constructing toilets and giving dignity to women, I will focus my next term on ensuring clean drinking water as lots of women are going very far to collect water." Inter-linking of rivers in the country can help between areas having excess water and those facing scarcity of the resources.

Unemployment: Narendra Modi also promised one crore jobs. The Modi government’s approach to solving the jobs crisis was: give loans for self-employment and give skill training for better employability. He started Mudra Yojna, Skill India, Startup India and many more to create more jobs and opportunities. Modi Government is planning to more investment in all sectors so that job opportunity will increase.

Housing, Electricity and Gas for All: This is Modi’s dream project to provide every family with a pucca house, water connection, toilet & 24x7 electricity supply. This project will also be continued.

National Security: This mission is very sensitive for Modi Government. Modi and his team will speed up the purchases of outstanding defense related equipment’s and weapons. Government will take forward the process of modernising the Central Armed Police Forces to further increase their capacity and readiness and enable them to effectively combat internal security challenges. Government will focus on creation of developmental and other necessary infrastructure in border areas to ensure that border security is strengthened.

Article 370 & 35A: Narendra Modi said in an interview, "Article 370 and 35A have done maximum damage to Kashmir. We set up AIIMS and IIM in Kashmir but top professors are not ready to go there because they can't buy property there. The rents there are very high. There is no investment in Jammu and Kashmir because investors feel they would not get land there.“

PM Modi pointed out that the youth in Kashmir were not getting jobs. He said, "Kashmir is staring at bankruptcy. Terrorists have finished tourism in the state. There is no investment because of Article 370 and 35A. Now, people in Kashmir feel there is a need for change". So every Indian is very hopeful that in this tenure, Mr Modi will take one more very hard decision in favour of country because his goal is, “Ek Bharat, Shrestha Bharat”( एक भारत, श्रेष्ठ भारत) and “ Sabka Saath, Sabka Vikas”( सबका साथ, सबका विकास).

We have discussed in some of his dream projects and we are sure that he has lot more planning in his mind. We know that Mr Narendra Modi will not stop, he will continue his work towards country development. Now the more responsibility has come. Hopefully India will get membership of United Nations Security Council (UNSC) in his tenure and Pakistan will declare as a ‘Terrorist Country’.

Modi’s vision is to make India a Developed Nation by 2047, 100 years after independence.

Triple Talaq (तीन तलाक़) bill, SC/ST act, Interconnection of rivers, Road and Transport Bill, etc. Narendra Modi will also try to resolve important bills also which was pending from a long time. He will also do something for Defense persons but we need to wait for some more time.